"Blazing, Control, Generosity : it is terms which we often hear about the Quartet Ellipsos, recognized today as the largest french saxophone quartet."

Flamboyance, mastery and generosity are three terms that often come up about this ensemble recognized today as one of the most prestigious saxophone quartets in the world. After more than nineteen years of existence, his career has led him to give more than 1,000 concerts on the most prestigious French stages - from the Eiffel Tower to the Château de Versailles, from the Salle Pleyel to the Arsenal in Metz. via La Folle Journée de Nantes and the Radio France Montpellier festival - and on many international stages in more than fifteen countries. Renowned for its versatility, the quartet turns both to the classical repertoire - with a marked predilection for the baroque repertoire - and to the music of our time with works by Escaich, Doss, Lynch, Geiss and Decruck. Very active on record, the ensemble has to date recorded five award-winning albums, the latest of which, “Saxophonie”, dedicated to the French composer Fernande Decruck, was released in 2021 by NoMadMusic. Formed in 2004 in Nantes, the quartet was taught by Paul Meyer and Éric Le Sage at the Paris Conservatory; he also worked with Maurice Bourgue in Avignon, Claire Désert in Paris, Christian Lauba in Bordeaux, and Thierry Escaich with whom a real and lasting bond was forged. Winning in 2007 the First Prize unanimously of the European Competition "Musiques d'Ensemble" 2007 organized by the FNAPEC - an "Ellipsos Prize" has since been created, rewarding the best wind ensemble in the competition -, he has since the most broadcast saxophone quartet on France Musique, and was also the first saxophone quartet invited to the Victoires de la Musique Classique. Collaborating with the National Orchestra of Pays de la Loire, the National Orchestra of Lyon, the Gewandhaus of Leipzig, the Philharmonic Orchestra of Radio France, and with many artists such as Marie-Josèphe Jude, Gordan Nikolic, Éric Le Sage , but also Manu Dibango, Didier Lockwood or the singers Zaza Fournier and Yaël Naïm, since 2018 he has been Ambassador for the Fondation du Souffle (which is committed to the fight against respiratory diseases) and devotes important artistic events to this cause. . He also directs an eponymous collection at Éditions Billaudot, devoted to works for saxophone in general. On social networks, he created the #SaxophoneFamily bringing together more than 50,000 followers and saxophone enthusiasts. The Ellipsos Quartet is supported by the Maison Selmer-Paris, the D'Addario company (Rico), the Fondation de France, the SPEDIDAM, the Ministry of Culture and the French Institute. It is also officially supported by the repair shop Frédérique Bizeul in Nantes. Since 2017, it has received support from Musique Nouvelle en Liberté for its dissemination of contemporary works.

After more than 19 years of existence, its career led him to play so much in France :

.... that on the international scenes of :

Originally from Nantes, if this quartet distinguishes itself by its opening and its versatility: turned as well to the classic directory as to the musics of our time, It recorded in 2007 the eclectic album "Medina" with the saxophonist, composer Philippe Geiss, accordeonist Florian Tatard and musicians from Gamelan de la Cité de la Musique (Paris).

This first opus edited to PASSIONS will have passed by to more than 5000 copies.

The same year, Ellipsos launched in the direction of a summer academy (regional education authority) in the royal Abbey of Celles-sur-Belle where he welcomes young musicians for shape.

OPENING OF THE QUARTET WITH OTHER CLASSIC MUSICIANS

Although his four musicians meet during their program to the National Academies of Region of Versailles and Cergy (by working with Vincent David and Jean-Yves Fourmeau), the Quartet Ellipsos quickly widened the range of his trainers.

They so received the education of Paul Meyer and Eric Le Sage to the Conservatoire de Paris.

During his first years of existence, the quartet regularly worked with various masters such as Maurice Bourgue in Avignon, Claire Désert in Paris,

Thierry Escaich at the "Moulin of Andé", and the composer Christian Lauba in Bordeaux.

Just four years having established, the Quartet Ellipsos creates the event in May, 2007 by taking away, in Paris, the First prize of the International Competition of the FNAPEC, awarded by Philippe Nahon and Caroline Casadesus. In 2008, Gaëlle Gallic and his emission "Generations interpreters" elects it "Crush of the listeners of France Musique". Next year it is the French State which invites him to occur, live on France Culture and since the Main courtyard of the Hotel Matignon, during the Music festival. The meeting with Thierry Escaich gave rise to a real and sustainable complicity.

The composer signs in 2010 the foreword of the third album of Ellipsos. To the program of this entitled record "Bolero", indeed represent both Thierry Escaich's rooms for Quartet of Saxophones, beside Maurice Ravel's famous works. In June, 2015, during his installation in Jacques Taddéi's armchair to the Academy of Arts, Thierry Escaich invites the Quartet Ellipsos to occur under the Dome of the Institute of France. The same summer, the organist and the Quartet occur for the first time together on stage to the Festival Bach de Saint-Donat, formulate regularly reproduced since then. He regularly collaborates with Orchestre National de Lyon (ONL), Orchestre National des Pays de la Loire (ONPL), or Radio France Philharmonic Orchestra.

So much the Quartet Ellipsos counts as partners of chamber music of the renowned interpreters such Caroline Casadesus, Jean-François Zygel, the Quartet Voce so much he likes being a surprise by playing with Manu Dibango, Didier Lockwood, the singers Zaza Fournier or Yael Naïm.

In 2015, he arouses the interest of the comedians Chevallier and Laspalès, who invites them with them, to occur in the Top of Rouen.

Further to this episode, Michel Drucker tries of to know more about it on this unique artistic relation and invites them in his television program "Deeply on Sunday" on France 2. The Ellipsos Quartet receives the support of Musique Nouvelle en Liberté for its broadcast of contemporary works.

"A very famous quartet which we shall hear for a long time ... They invent codes of classic music again"

" Adaptations to the saxophones which makes Quartet Ellipsos are just remarkable. "

" Was needed boldness to open this festival by the invitation spent by Quartet Ellipsos.

Not because these 4 musicians have an extraordinary route, formed among others to the Academy of Paris,

Before standing out as one of the best whole saxophone of the planet,

But especially because their taste for the transcription testifies of an incredible music appetite. "

" They don't miss a thing, with always the impression that we rediscover pages known for the big directory with the surprising tones of the saxophone."

" Considered as the biggest quartet of saxophones of its generation, Quartet Ellipsos has several hundred concerts to his credit,

where each of their service mixes skilfully the excellence and the accessibility to a public always wider. The unique color of their tone seizes as well masterpieces of the classical music, musics of the world or contemporary creations."

THANK YOU TO OUR INSTITUTIONAL PARTNERSHIPS

In 2015, Quartet Ellipsos signs the direction of a new collection to the Publishing house Gérard Billaudot.

The same year, the Quartet received the honor to be indicated to represent France in Korea of the South during the year France-Korea 2015-2016.

In May 2012, the Quartet Ellipsos saw attributing unanimously the stock exchange of the Foundation KPMG.

He is besides supported for several years by the SPEDIDAM as well as by the House Henri Selmer-Paris and the american group D'ADDARIO (RICO).

For the distribution of contemporary works, the Ellipsos Quartet receives the support of Musique Nouvelle en Liberté. 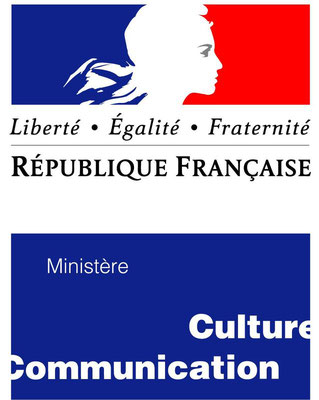 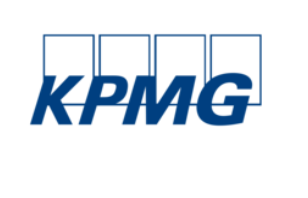 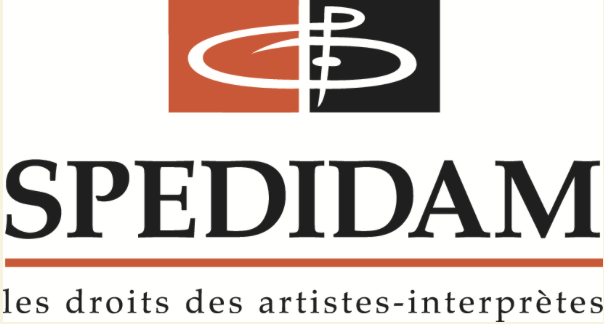 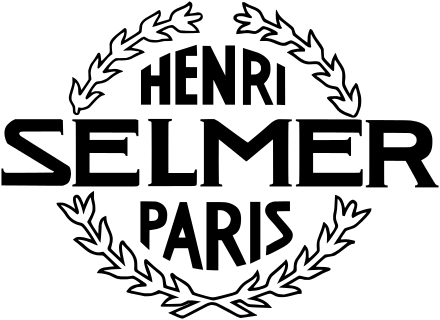